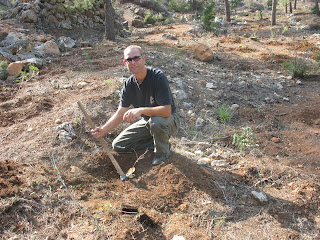 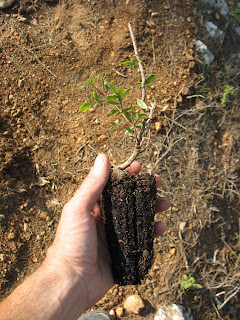 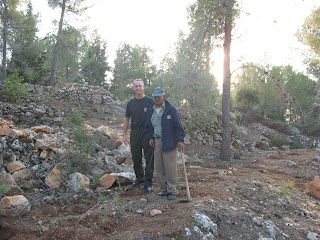 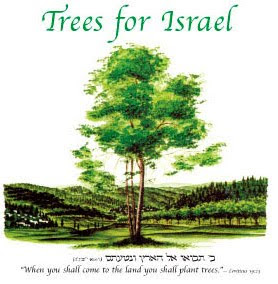 On a human level, the three trees are in honor of the estimated 1.5 million children murdered in the Holocaust (Shoah), and of Stephanie B. Freedman (now Sara Mizrahi) a young lady friend from Marblehead, Massachusetts whom I met while working at Many Glacier Hotel in Montana's Glacier National Park during the summer of 1991.

After we met in Montana, we kept in contact during the fall/winter/spring/summer of 1991-92. She was in Arad, Israel, volunteering with Sherut La'am (the Jewish Agency's educational-volunteer 6-month program) and I was working at Big Bend National Park. We eventually discontinued contact with each other by 1995 as our lives took different spiritual-theological and geographic directions. At the time (1995), she was a student at Jerusalem's Hebrew Union College and I a student at Canada's Prairie College.

Happily married now to an Israeli and with children, the Tufts University graduate (Stephanie) Sara Mizrahi now lives in Jerusalem.

I know that God willing, your trees are thriving. Thank you for sharing this and may you continue to walk in the path God has shown you.