For better or for worse, a pattern of independence is evident in my life.

I am not proud nor embarrassed by this fact, a fact that is common knowledge to those who know me well. It is simply my life's reality.

Maybe this is true of you or someone you know. If so, how are we to understand the person with an  independent spirit? Is his or her independence sinful or not sinful towards God and others? Or does the good/bad categories not matter?

Below are some thoughts that include an autobiographical sketch.

I became a Christian in 1992 through the ministry of Independent Bible Church in Port Angeles, Washington. IBC was, and remains, a member of the Independent Fundamental Churches of America (I.F.C.A.).

One of the things that attracted me to IBC was the "Independence" in its church name. As a not-yet Christian who had never attended a Bible-believing church before, I was wanting a church that was simply an independent (non-denominational) church that preached the Bible and pointed me to the Lord Jesus Christ. In leaving the Roman Catholic Church of my Connecticut upbringing when 18-years-old, I did not know what a Protestant was nor its denominational branches such as Baptist, Episcopal, Lutheran, Methodist, Presbyterian, etc.

Shortly after conversion to Christ, I served as an intern at Quilcene Bible Church, 1993-94. Located in the rural logging and oyster town of Quilcene, Washington, QBC continues to be a member of the Northwest Independent Church Extension. N.I.C.E. is a church planting ministry of I.F.C.A. in the Pacific Northwest. 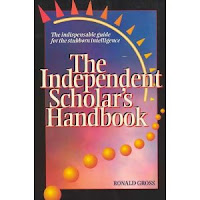 In 2008, University Press of America served as the publisher of my works on the American evangelist James Brainerd Taylor (1801-1829). U.P.A. is a member of the Rowman & Littlefield Publishing Group, one of the largest and fastest-growing independent publishers and distributors in North America. R.L.P.G.'s motto is "Independent Publishing for Independent Minds."


With James Brainerd Taylor and 19th-century America being my primary historic interest and academic specialty, I am a considered an "independent scholar" by the American Society of Church History and other academic societies I am a member of. This designation is because I am not a member of a college or seminary faculty, serving the needs of academia. 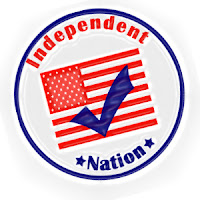 As an American, our country's founding fathers wrote and adopted the Declaration of Independence. The historic document that severed us from Great Britain in 1776 was signed by the Continental Congress in Philadelphia's Independence Hall. Every July 4th Americans celebrate Independence Day.

Surrounded by Africans, Asians, Europeans, Middle Easterners and those from Oceania (especially Australia and New Zealand) during my 26 months in the melting pot that is Israel (May '09-June '11), I realized just how much we Americans--or at least this American--value our individual and political independence and freedom.

Lastly, I have been an avid motorcyclist since 1990 and a member of the U.S.'s largest motorcyclist organization, American Motorcyclist Association, since 2007. Motorcyclists are known, of course, for their rugged and individualistic independence.

As I review my own life and observe that of others, it seems that three factors are involved in a person's independent spirit.

Life's circumstances. From an early age, and like some others in their family environments, I have had to learn to do things myself. The answer was often "me" to the question, "If no one else is going to do it or teach me, then who will?" concerning a variety of life's skills, be it how to shave one's face to how to make money to pay for a pack of baseball cards when a kid.

Also, and as one born and raised in America, it seems Americans are born with an individualistic, independent attitude. This seemed especially true in the generally socially-cold New England of my upbringing (1976-91) where a family hardly knew or spoke to their neighbors.

Disposition. I have in mind a person's natural/innate temperament that has a bent towards independence. This in-and-of itself is not sinful.

However, this can also refer to a sinful disposition or inclination to not submit to God's authority, thereby rejecting the truth that it is God who "gives everyone life and breath and everything else" (Acts 17:25). A rejection of God's authority often leads to a rejection of man's authority; for instance, one's parents, boss at work or a school teacher. Independent people often do not like to cooperate with others or submit to authority.

Choices. Though circumstances and disposition play a part, an independent person still must be held accountable and responsible for the choices he or she has made. On certain occasions, and either to my or others' benefit or harm, I know I have intentionally chosen the way of independence over the way of dependence and reliance upon others.

Is Independence Sinful or Not Sinful towards God and others?
Yes and no. It depends.

No, if understood that one can a have a God-given personality that has an innate bent towards independence. For instance, many in leadership positions are often independent in nature. Moreover, being independent and self-sufficient on one's own land is commendable and not morally wrong. Senior citizens wanting to continue their independent lifestyles--and thereby not be a burden to family, friends or the government--can be commendable. Fill in your own example of non-sinful or spiritually-neutral independence.

Yes, if a person's independent ways leads to a rejection of a dependency upon God the Father, Son and Holy Spirit for physical and spiritual life. Yes, if by one's independence a person is being selfish and sins against others. And yes, if not submitting to God-ordained authority, be it at work, in the church or from one's government. 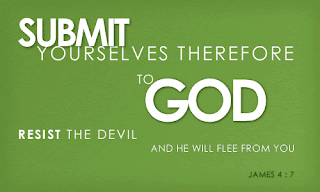 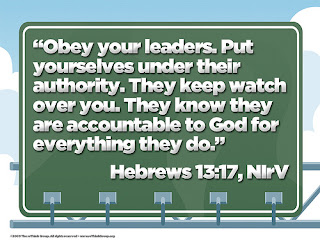 Posted by Francis Kyle at 12:44 AM No comments: