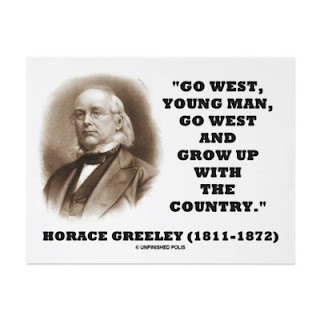 This month (June 2011) marks the 20th anniversary of the fulfillment of my boyhood dream of leaving the east coast of West Hartford, Connecticut, for the Great American "Wild" West.

I am so thankful for the geographic change as it was used of God to change my life forever. To God be the glory for placing the desire (Psalm 37:4) and giving me the courage to heed the call to "Go West, Young Man!"

It was as a struggling 20-year-old University of Hartford student that I went west for the first time during the summer of 1991. 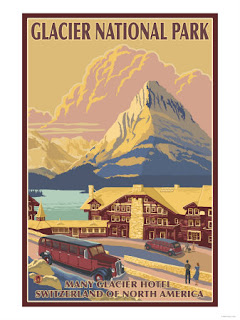 Upon taking Amtrak trains "Lake Shore Limited" (New York City to Chicago) and "Empire Builder" (Chicago to East Glacier, Montana), I worked the summer of 1991 as a security guard at the historic, 214-room Many Glacier Hotel (built 1915) in Glacier National Park.

It was the best summer of my (pre-Christian) life in one of America's "sacred cathedrals."

The scenery of Montana's Rocky Mountains combined with the North American and international tourists and 150 co-workers I met--including co-worker and special friend Stephanie B. Freedman from Marblehead, Massachusetts (now Sara Mizrahi of Jerusalem, Israel)--made for an unforgettable summer. It was my first solo time away from home (Connecticut), thus adding to the adventure.

After Montana, I worked for seven months (October 1991-April 1992) as a hotel receptionist at Chisos Mountains Lodge in west Texas' Big Bend National Park. My hiring via a brief phone interview came after I quit my studies at the University of Hartford a month after the 1991 fall semester had begun. Quitting my studies was a big financial risk as I had free tuition because my mother worked at the expensive private university. Four of my five older siblings had graduated from the university while conveniently living at home only four miles from the school. My life of risk taking and "going against the grain" had begun.

In May 1992, I began what turned out to be my first of nine summers (1992-97, 1999-2001) as a seasonal waiter at the historic, 52-room Lake Crescent Lodge (built 1916) in Olympic National Park. Soon after arriving at Olympic, I attended my first-ever Evangelical Protestant church at Independent Bible Church (IBC) in Port Angeles, Washington (pop. 20,000).

Six months later, in mid-October 1992 and when 21.5-years-old, I became "born again" (John 3:3, 7 and 1 Peter 1:23 in the New Testament) in a Lake Crescent Lodge employee dormitory room. On November 1, 1992, I was baptized by water immersion at IBC by associate pastor Mike Chinn.

Some resources that have helped me appreciate more the Great American "Wild" West--and its 19th-century frontier missionaries--have been the below items.

Most of these same resources were used in my organizing the October 31, 2004, event "Go West, Young Man! A Tribute to Lewis & Clark and the Western Pioneer Missionaries that Followed." Sponsored by the Pensinsula College Christian Student Fellowship (where I served as founding advisor, 2002-09), the 2-hour Port Angeles, Washington, event saw about 200 in attendance. For a free video of the event, contact UCM. 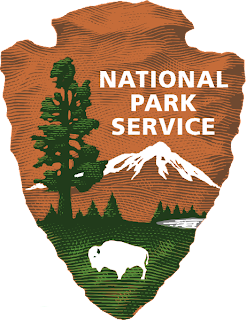 + DVD (1996), "The West," 8-part documentary series by PBS's Ken Burns and Stephen Ives . . . "journey through a boundless landscape where myth, vision and dream seem to shape to historical reality"

+ DVD (1997), "Lewis & Clark: The Journey of the Corps of Discovery," documentary series by PBS's Ken Burns 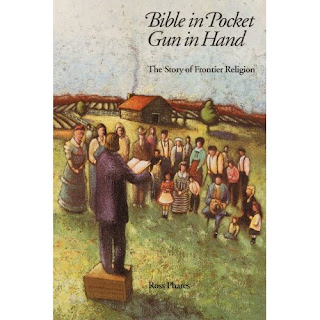 + Book (1997), Undaunted Courage: Meriwether Lewis, Thomas Jefferson, and the Opening of the American West by Stephen Ambrose (Simon and Schuster)

I must walk toward Oregon, and not toward Europe."

Posted by Francis Kyle at 4:24 PM No comments: