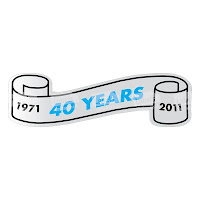 Amazing and hard to believe in light of the first 21.5 years (1971 - October 1992) that were filled with deep spiritual darkness, hopelessness and despair.

Along with King David after the Lord made a historic covenant with him, so with similar conviction I say,

While I do not believe in biblical numerology or gematria, nonetheless some major events in the Bible occurred in 40 days, 40 weeks and 40 years. The list includes the Israelites' 40 years of wandering in the desert and the Lord Jesus Christ's 40 days of fasting while being tempted by the devil and prior to beginning his public ministry. For some of the many occurrences of the number 40 in the Bible, click here and here.

Please join with me in praying for Divine guidance as this striving uncommon Christian begins a 5th decade of living today. After a 25-month sabbatical/pilgrimage/ministry venture in Israel (May 8, 2009 - July 5, 2011), I return to my native United States in early July.

As I "number my days" that I may gain a heart of wisdom (Psalm 90:2), I do so with eager anticipation and expectation as I discover/learn for the first time what the Sovereign Lord has already decreed from "before time began" (in eternity past, Titus 1:2; cf. Psalm 5:3, Psalm 139:16). Concerning my near and distant future, what I know not now I shall know hereafter/later (John 13:7).

I will be celebrating my 40th birthday by doing a third "tour of duty" with Sar-El: The National Project for Volunteers For Israel.

An affiliate of the Israel Defence Forces (IDF), Sar-El volunteers do non-combat civilian ("jobnik") work on an IDF base alongside and under the direction of the soldiers.

In the evenings, there are various activities and educational presentations on such topics as the Hebrew language, Israel's history, Jewish holidays and traditions, and social and political issues in Israel.‏ Also, there are two Sar-El sponsored site-seeing trips for every 3-week program. 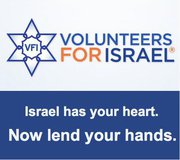 While most of my pacifist and Christian pacifist (anti-war, anti-violence) friends may not agree with my non-combat military and political involvement with Israel, I politely remind them that members of the Islamic terrorist organizations Hamas and Hezbollah are not very nice people. Israel is not a perfect democracy, but it is the only one in the Middle East and a "work in progress." With the continuance of anti-Semitism in the Middle East, Europe and elsewhere, I believe Israel has the right to exist and defend itself against her enemies. 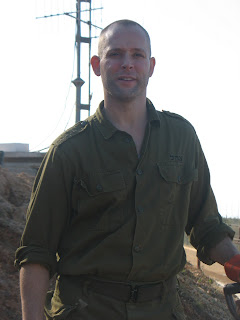 Also, my love does not discriminate between Jew and Arab (of whom I have friends on both sides), for both need to hear and respond by faith to the "gospel of the grace of God" (Acts 20:24) as it is found in the Messiah for both Jews and Gentiles, the Lord Jesus Christ:


For I am not ashamed of the gospel of Christ, for it is the power of God to salvation for everyone who believes, for the Jew first and also for the Greek/Gentile. Romans 1:16

Cretans and Arabs--we hear them speaking [on the day of Pentecost when the Holy Spirit descended] in our own tongues the wonderful works of God. Acts 2:11

Via YouTube and produced by the IDF Film Unit, here is a 5-minute video about Sar-El:

Posted by Francis Kyle at 2:00 PM No comments: