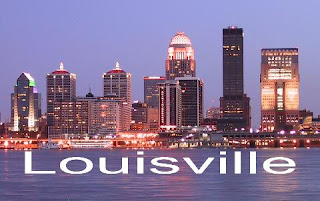 Nicknamed Derby City, River City, Possibility City and The Gateway to the South, Louisville is the 27th largest city in the U.S. (pop. 605,000, over 1.2 million in the metropolitan area). The Ohio River separates the historic city (est. 1780) from southern Indiana.

"Delight yourself in the Lord, and he will give you the desires of your heart." Psalm 37:4.

"No good thing does [the Lord God] withhold from those who walk uprightly (blameless)." Psalm 84:11b.

"Now to [the Lord God] who is able to do far more abundantly than all that we ask or think, according to the power at work within us." Eph. 3:20.

At Immanuel (est. 1887, spiritually revitalized 2002- ), I am reunited with my longtime friend (1995- ) from Canada's Prairie Bible College, J. Ryan Fullerton. A fine preacher and an uncommon Christian friend to sinners, Ryan serves (2002- ) the growing, 400-member church as her lead pastor.

Situated on the border of the predominantly African-American Smoketown and Shelby Park neighborhoods of Louisville, the Southern Baptist Convention church is in substantial agreement with the theology and ministry philosophy of 9Marks: Building Healthy Churches and The Gospel Coalition. 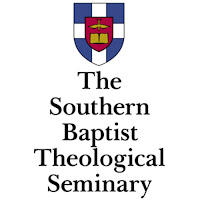 Founded in 1859 and with Dr. R. Albert Mohler, Jr. as its 9th and current president, SBTS is one of the largest seminaries in the world. Student enrollment is over 2,000 at the flagship school of the six Southern Baptist Convention seminaries in the U.S.

Partly because of its close proximity and cooperative relationship with Boyce College and SBTS, the church has a 3-year Pastoral Apprenticeship program. Over 70 men participated in the program during the 2012-13 school/ministry year.

Like the many churches and Christian ministries based in the centrally-located American city and state of Louisville, Kentucky, so Immanuel likewise serves as a strategic hub for kingdom-advancing activity. After the Bible college and seminary students who are also Immanuel members graduate, many of them scatter throughout the U.S., Canada and other parts of the globe to serve as church deacons and elders, Sunday school teachers, church planters, evangelists, missionaries, pastors and professors. 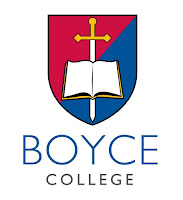 This fact combines two passions of mine and is the reason I believe Louisville and Immanuel Baptist Church are a good fit for me and the James Brainerd Taylor-inspired evangelism- and discipleship--themed ministry of Uncommon Christian Ministries:


(1) ministering to Christian youth and young adults who are serious about their faith--and, in some cases, are called to the Gospel ministry--and (2) in the context of the local church.

I am not against academics and para-church ministries as I possess a few academic degrees and had a community college campus para-church ministry for nearly 8 years. But it was for the Church that the Lord Jesus Christ shed his blood (Acts 20:28, Eph. 5:25).

--> NOTE: For the history of the church, see A Great People's Church: A History of Immanuel Baptist Church, Louisville, Kentucky, 1887-2005 by David N. Theobald (Lulu Press, 2012). "The history documents how Immanuel was/is impacted by the doctrine and vitality of the nearby Southern Baptist Theological Seminary." For the library holdings of the 125-page book, see here.

Posted by Francis Kyle at 11:10 PM No comments: