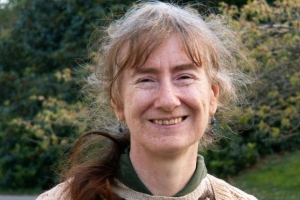 The wrong place at the wrong time.

Yet God is sovereign with not even birds (sparrows) falling to the ground outside of the Father's will (Matthew 10:27-31).

Scottish Bible translator Mary Jane Gardner is the second Christian (Evangelical Protestant) in 3 months to be the victim of Palestinian terrorism.

Of the 50 or so innocent bystanders who were injured by a bomb at a crowded 3:00 p.m. Jerusalem bus stop on March 23, 2011, the 55-year-old Gardner was the only person who died. On her day off from school, she was walking by the bus stop in order to have lunch with an Irish friend who had just arrived in the city with a tour group. Though not a suicide bombing, it was the first bus bombing in The Eternal City since 2004 and the Second Intifada.

Gardner was a missionary with Wycliffe Bible Translators since 1986. She served in a remote area of Togo, West Africa, for 20 years, and helped complete the New Testament translation into the Ife tribal language in 2009. A short-term student studying biblical Hebrew at Hebrew University's Rothberg International School, the never-married Gardner was preparing herself to go back to the Togo tribesmen this summer in order to translate the Old Testament into Ife.

After arriving in Jerusalem in January 2011, she lived at the Home for Bible Translators and Scholars in Mevaseret Zion, a suburb of Jerusalem. Gardner also frequented Yad Hashmona, a Finnish Christian moshav in the Judean Hills near Jerusalem.

Born in Nairobi, Kenya, and the daughter (oldest of five children) of British missionary parents, she was a graduate of St. Andrews University (Class of 1977) in Scotland. A biographical summary of Gardner's life is available at Wycliffe Bible Translators' U.K. blog--click here.

As posted last month on this blog, on December 18, 2010, Christine Luken died of a stabbing attack by Palestinian terrorists while hiking just south of Jerusalem. An American Christian and lover of the Jewish people, the 44-year-old Luken worked in the U.K. office of the Church's Ministry among the Jewish People (CMJ). Since June 2009, I have been volunteering with CMJ Israel's Christ Church Guest House in Jerusalem. 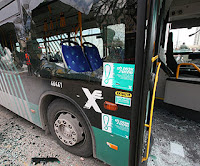 Here are some news articles on the Jerusalem bus stop bombing and death of the "uncommon Christian" Bible translator Mary Jane Gardner:

+ Friends of Jerusalem bombing victim grapple with her loss: Bible translator Mary Jane Gardner "longed to give other people the same access to the scriptures" that she had enjoyed
Jerusalem Post (Israel), March 31, 2011