The fall semester of 2013 marks the 20th anniversary of R. Albert Mohler, Jr.'s presidency at the Southern Baptist Theological Seminary in Louisville, Kentucky.

Dr. Mohler is the 9th president of the 154-year-old seminary, the oldest and largest of the six Southern Baptist Convention seminaries. 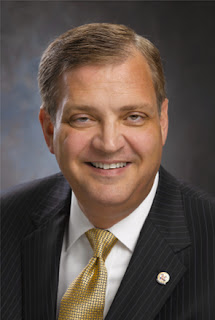 The anniversary is to be celebrated with gratitude as much kingdom good has taken place at SBTS--and within the Southern Baptist Convention (est. 1845) and the Evangelical Protestant church at-large--through the godly and strong leadership of Dr. Mohler.

The October 15, 2013, chapel service at SBTS honored the milestone. A resolution "of thanksgiving and appreciation" was given to Dr. Mohler by the school's board of trustees. See here to watch the video of President Mohler's 32-minute chapel message on that special day. His message was titled "What Do You Have That You Did Not Receive? (1 Cor. 4:7): Gratitude and Christian Discipleship." A written summary of the chapel message is available online.

In the October 2013 issue of the SBTS campus publication Towers, the insightful article "Twenty years and counting: Mohler reflects on his presidency at Southern Seminary" appears. Click here to read the online version. And see here to read online the entire 28-page issue, including the photo essay "Twelve hours with the president."

Titled "Recovering A Vision: The Presidency of R. Albert Mohler, Jr.," here is a 25-minute documentary chronicling Dr. Mohler's presidency during the past two decades:


+ On October 10-11, 2013, I had the privilege of attending Dr. Mohler's leadership seminar at SBTS. The 2-day seminar was based on his book The Conviction to Lead: 25 Principles for Leadership that Matters (Bethany House, 2012). See here to read a summary of the seminar.

At the end of the seminar, attendees were invited to Dr. Mohler's presidential home to view a portion of his legendary personal library of over 40,000 volumes. This was my second visit to the library, the first being in April 1999 when I visited the SBTS campus to consider their Ph.D. program. With Dr. Mohler himself as the guide, here is a 7-minute video of his library/study from the 2010 Together for the Gospel conference.


+ Dr. Mohler's 20-year SBTS presidency (1993-2013) nearly parallels my Christian life thus far (1992-2013). He at the academic institutional level and me at the personal and ministry level (in U.S., Canada, Israel)--I join him in giving thanks to the Lord for every obstacle overcome, temptation resisted and challenge met during the past two decades. 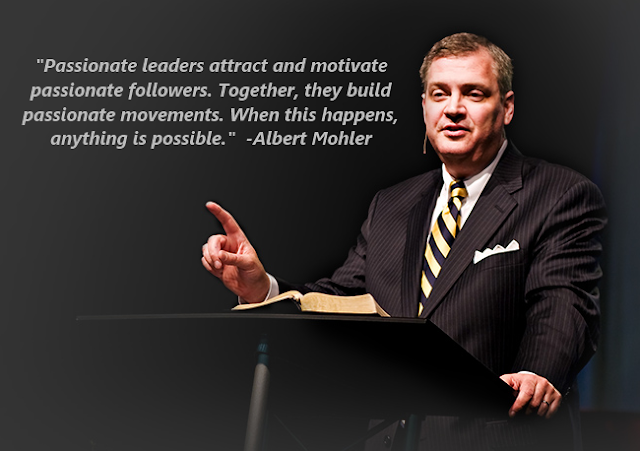 Posted by Francis Kyle at 4:10 PM No comments: